The House of Requirements

There is a house in New Orleans they call the Rising Sun. But that’s not important right now. What is important is the ‘House of Requirements’. It has the ability to produce whatever it is you’re looking for whenever you need it but the key is knowing where to look. Literally anything may be found. The list of potential objects is effectively infinite. All that is required is a rich desire to find said object. In the case of failure it just means you haven’t looked hard enough. A workable solution always presents itself. It’s weird but it’s true. I know because I live there. Sometimes.

All this from some weird desire to produce something to respect the actual building that provided a roof over my head for so many years. And there you have it. It’s odd being an artist sometimes…

Comments Off on The House of Requirements

Whilst nosing around we found a nice little couple of walls to work on so decided to set to work. ‘Jealousy’ is about 8 foot tall and we managed to get it done surprisingly quickly (well, for us anyway!) 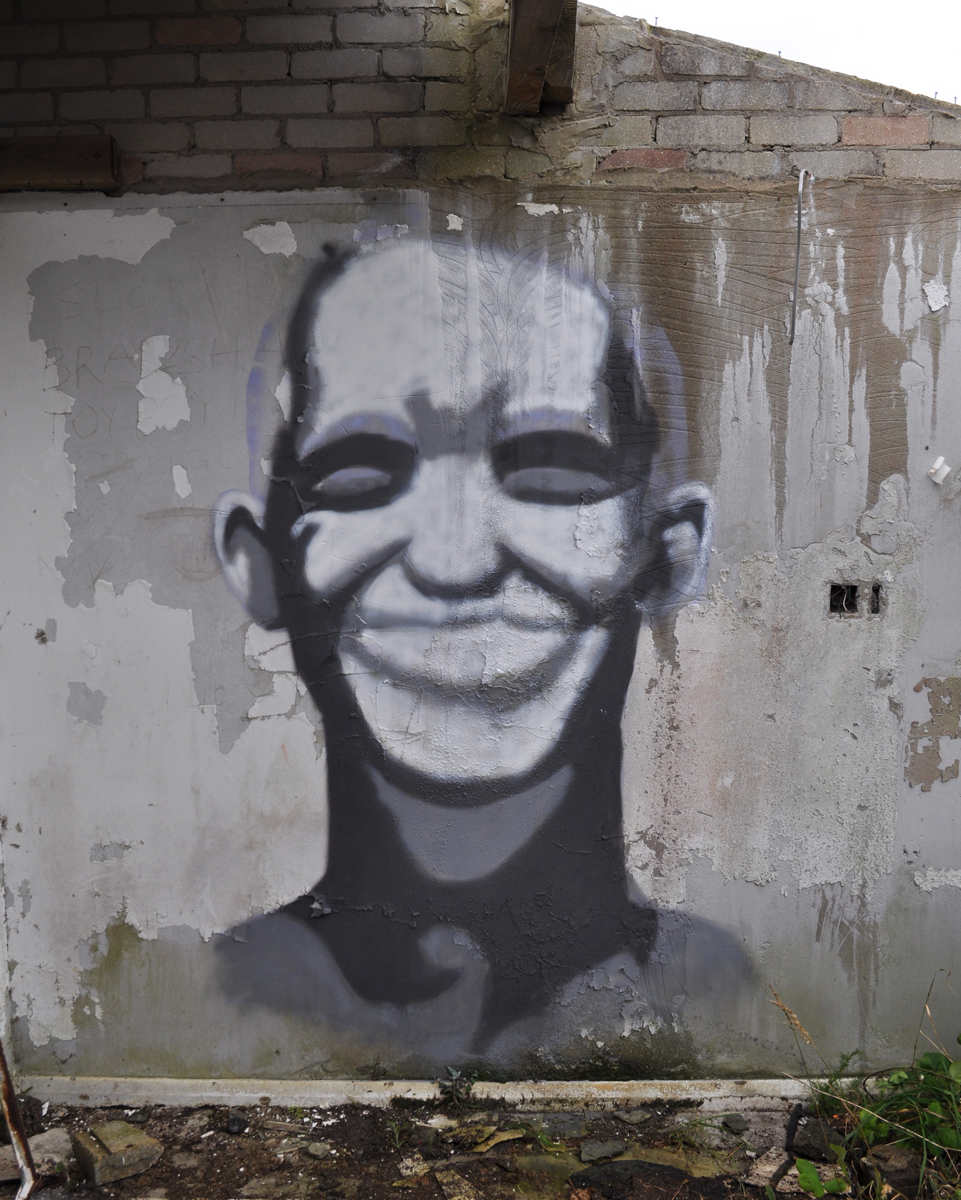 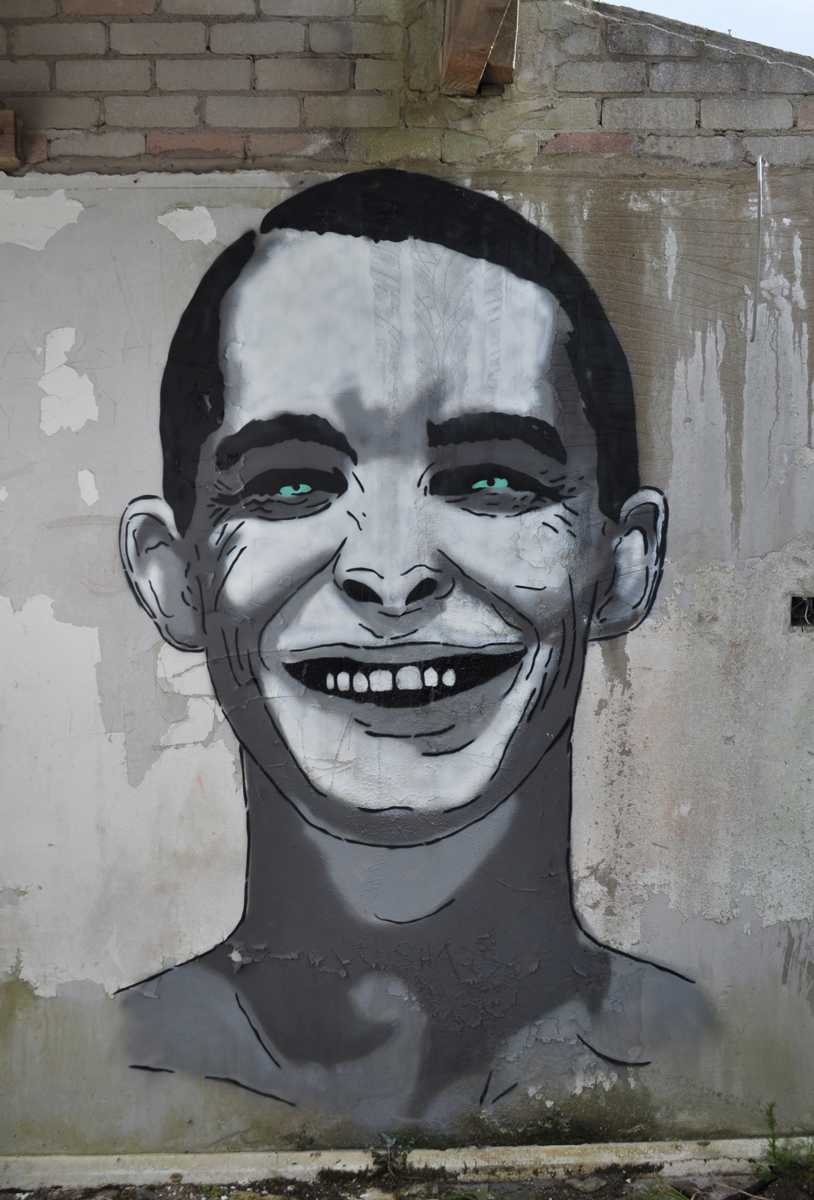 Whilst having a look around the site we found a broken and rusted window frame which i though would look good if hung on a nail with a stencil behind it. Hey presto! A couple of minutes later and this is what we had. 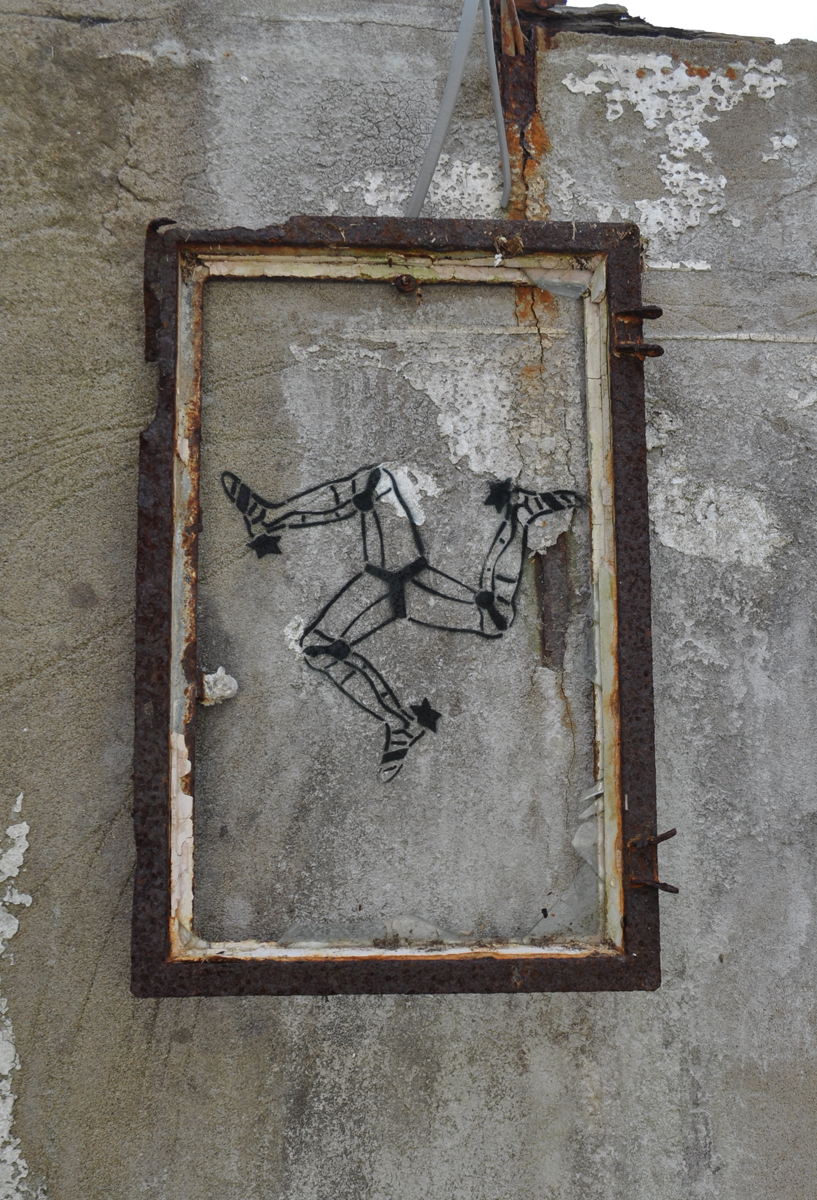 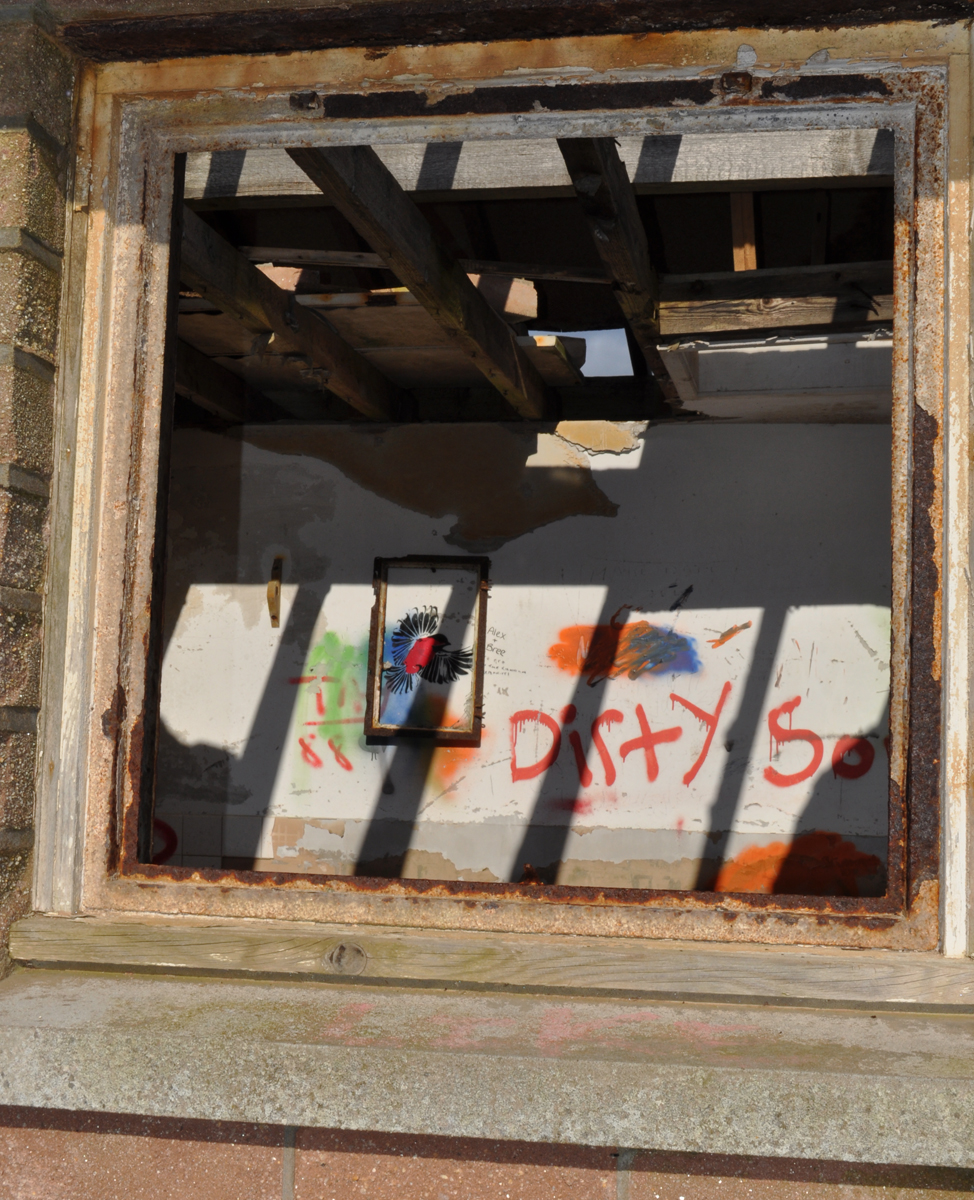 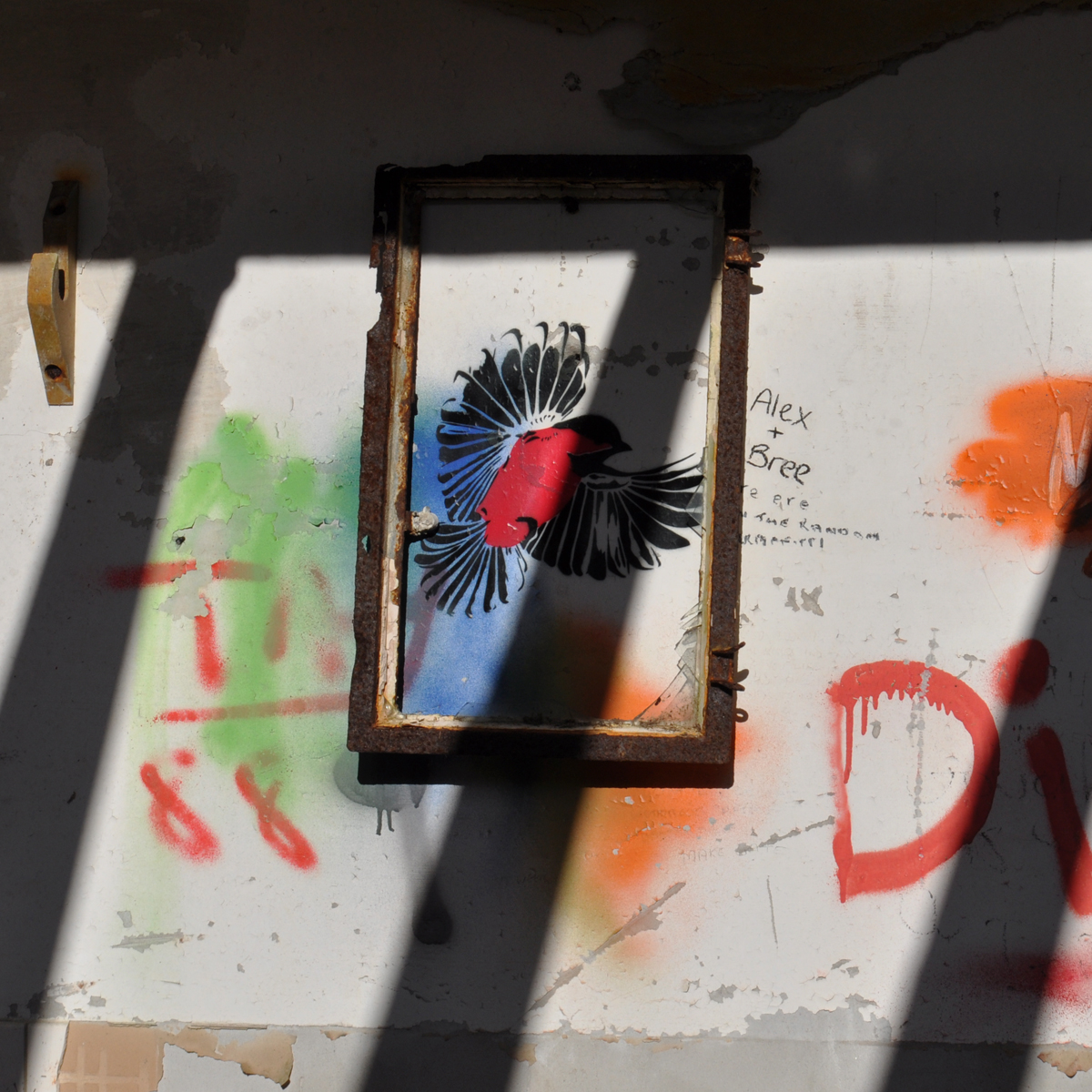 Whilst I was stood there with a stencil in my hand when i realised what a nice silhouette it made on the wall. After a couple of attempts we got these shots which i like. 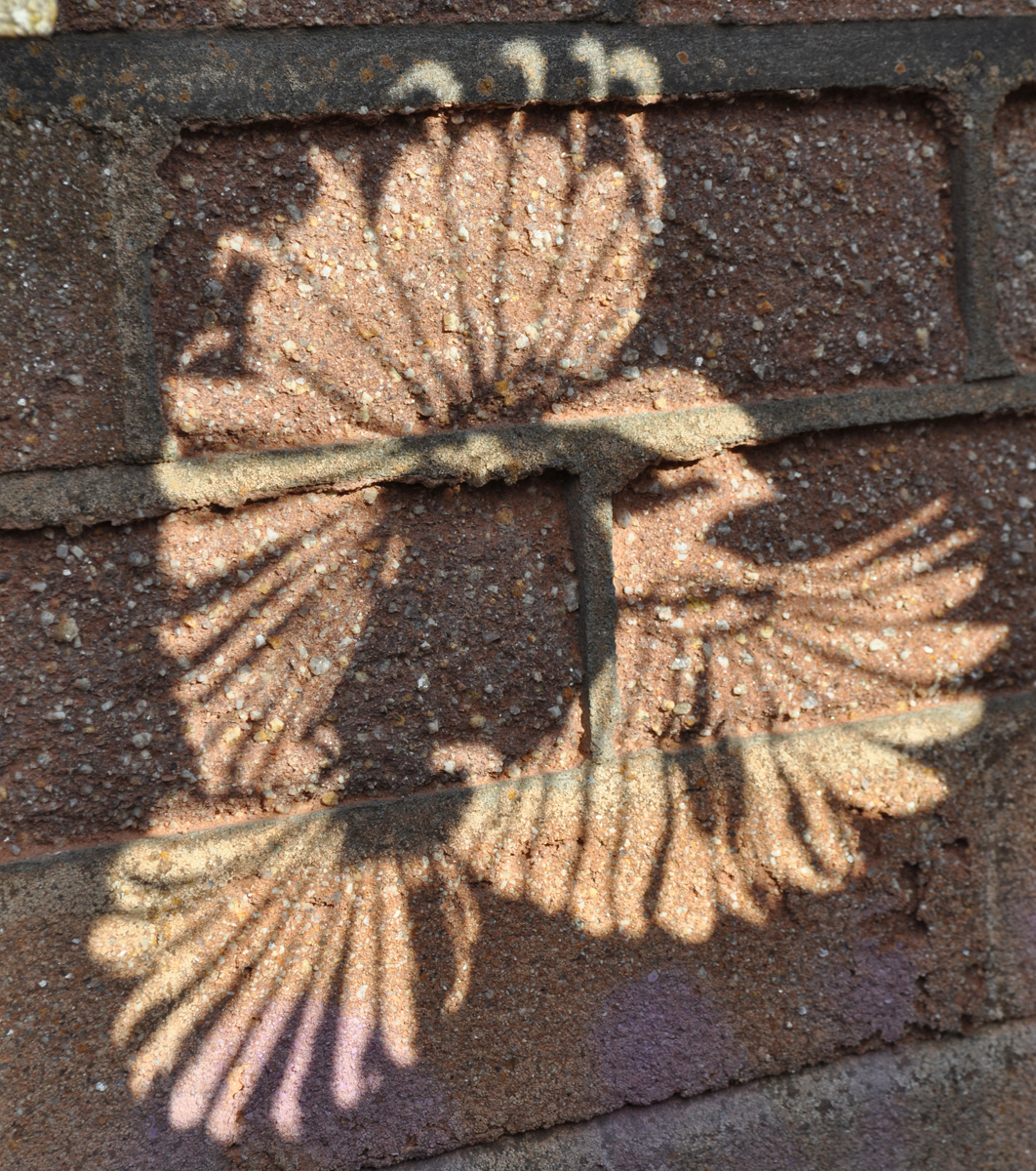 For this second one i got out the second part to the stencil (which is the body of the bird) and then sprayed that on the wall and then held the other stencil over it to get the silhouette. The thing i like most about this one is that the red stencil will look odd on the wall on it’s own and nobody will be able to work out it’s signifcance… 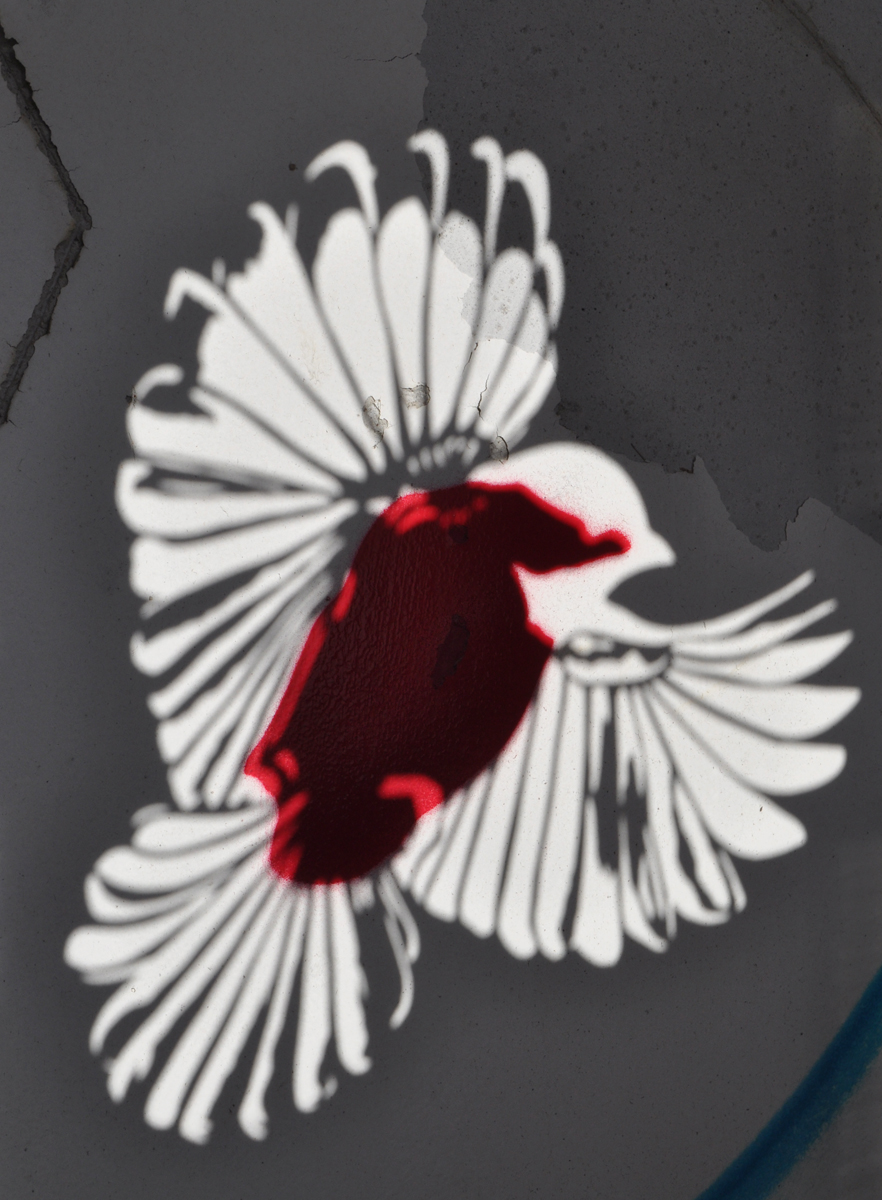