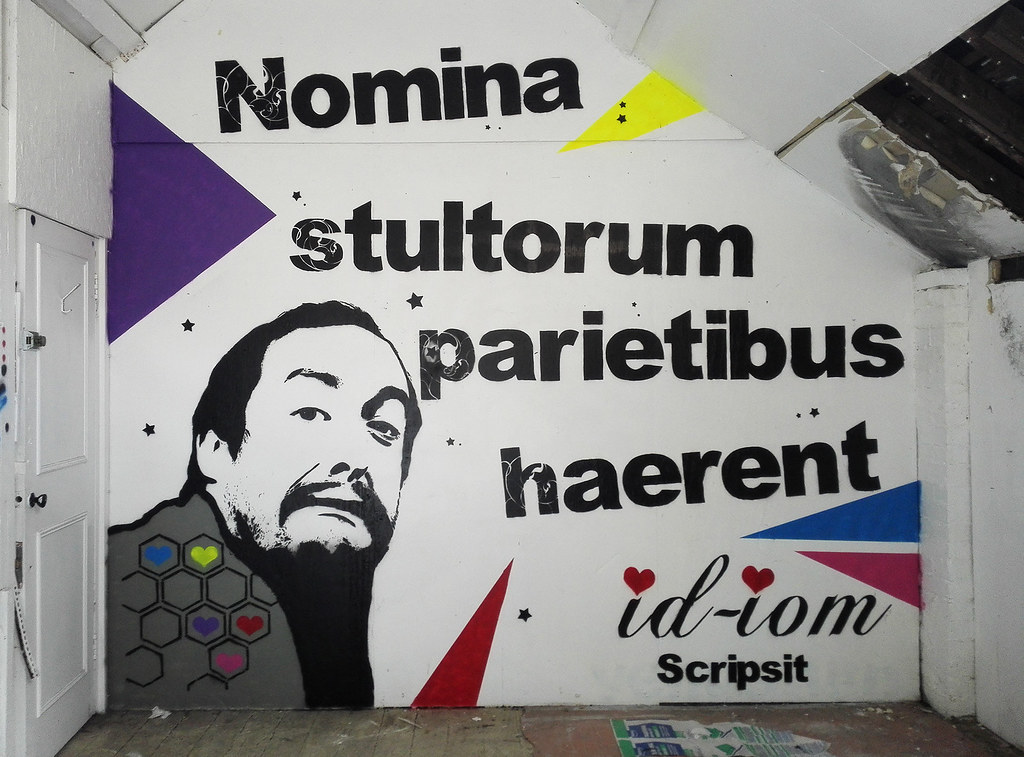 Here at id-iom we are generally unashamedly low brow but that doesn’t mean we don’t like to mix it up every once in a while and fire something a little more pretentious and contrived your way just ‘cos we can. There I was reading an article about the Roman city of Pompeii when inspiration struck. As i’m sure we’re all aware Pompeii was destroyed during the eruption of the nearby Mount Vesuvius in 79AD. Apart from the bits that were destroyed there was a blanket of volcanic ash a few metres deep which covered the entire town and preserved it for future generations to discover.

In amongst the more grisly discoveries there was a lot of graffiti found on the walls which shed some light on the day to day goings on in ancient Pompeii and the musings of the common man – and that was enough for the seed of an idea to germinate. I’m not expecting South London to get hit by a giant volcano any time soon however so who knows how long our graffiti will last?

Anyway, what does it all mean? I could just give you translation but in this day and age it’s only a google search away so I’m afraid you’ll have to do it yourself if you’re at all interested. Howzat for interactive street art?