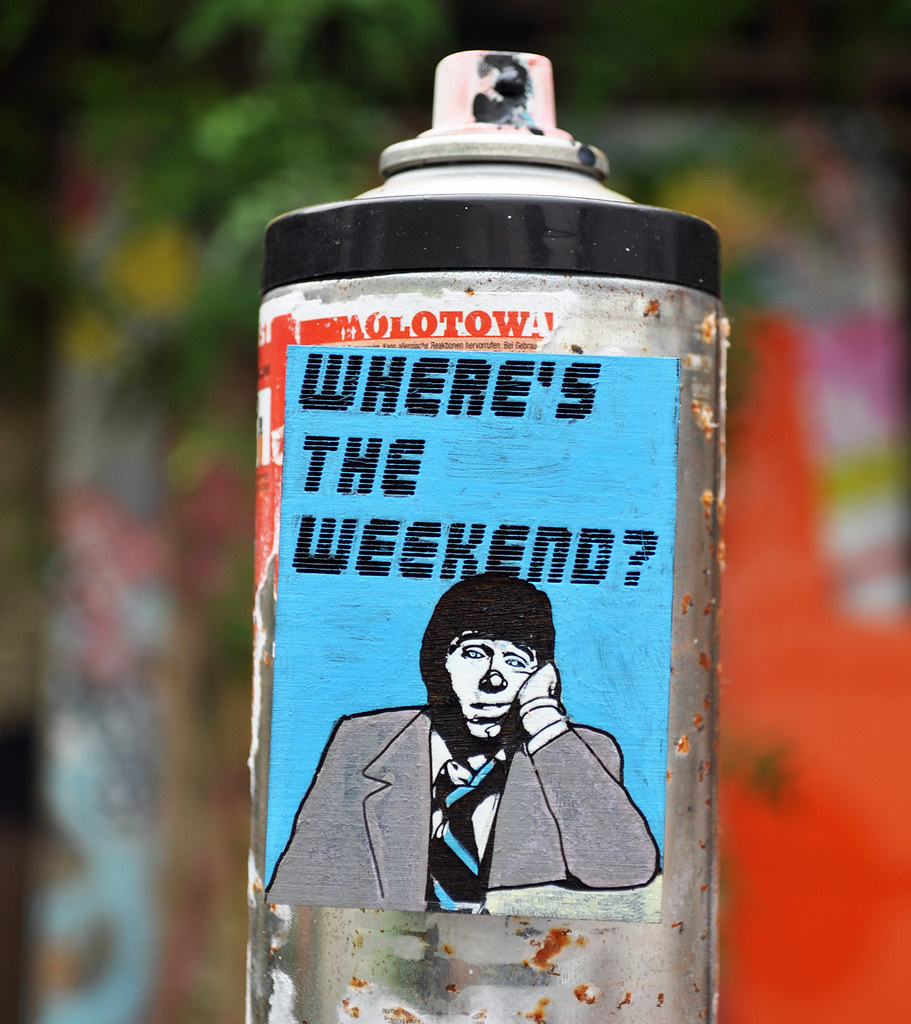 I know it’s only Tuesday but surely you’ve already asked yourself this at least once. Here, as I’m sure you can tell I’ve gone for an artfully composed shot and stuck my little magnet on my preferred substance to abuse once the weekend is here. In my continuing quest to find fun things to do with a laser cutter I’m expanding from keyrings into little magnet thingamajigs. I’m working my way up to bigger bits but it’s enjoyable starting with little bits to try and familiarise myself with the laser cutter. This bad lad is already on it’s way to its new home in Portsmouth. Good luck to you lad!

Comments Off on Where’s the weekend? (mini magnet edition)

Where's the Weekend - on Hollyoaks set

What’s this picture you ask? Well, it’s only a photo of one of our pieces hanging in the corridors of a new set on a revered national TV soap! You just know you have made it in the art world when your stuff starts appearing on TV. As far as I’m aware the set is a new sixth form college that has opened in Hollyoaks (although I could be wrong so eagle eyed readers may be able to update me). Today Hollyoaks, tomorrow the world!

The print featured is available from Pimp Artworks (along with a few others) and is based on one of our pictures called ‘Where’s the Weekend?‘ which I think echoes a sentiment a lot of us feel after being chained to a desk all day…