As I’m sure we’re all aware ‘She’s like the wind’ was a hit song from 1987’s Dirty Dancing and was co-written by Patrick Swayze. What you may not know however is that it was actually penned for another film, Grandview USA, from 1984. What has this got to do with today’s canvas I hear you ask. Not much in all fairness I just like to drop Swayze related facts whenever I can.

Margaret here is not like the wind. She is stolid and very reliable and does not like the wind. It messes with her expensive haircut and makes her feel anxious about how she looks. And today it is blowing a hoolie to use a northern colloquialism. Margaret doesn’t even want to go outside but she has to in order to reach the safety of her car. This is the result…

Painted on a 60x60cm canvas using watercolour, acrylic and spraypaint, contact if interested… If you’ve got this far you probably deserve another Swayze fact. He once owned a carpentry business called Nepotism Inc. So there.

If the wind changes your face will stay like that! 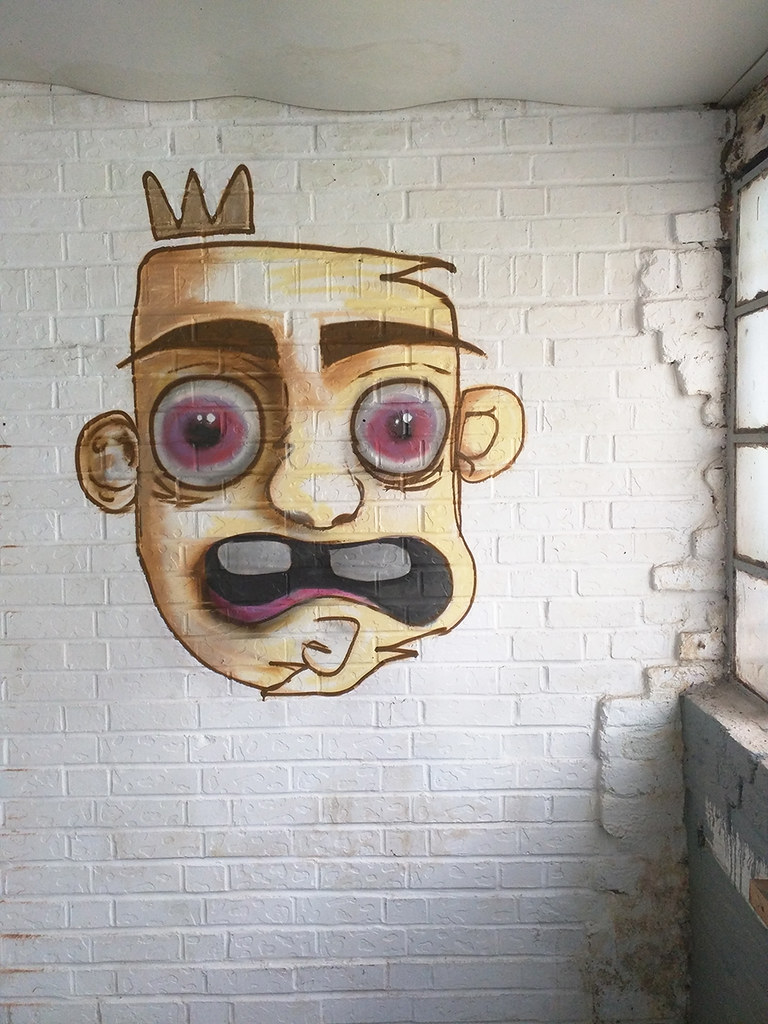 If the wind changes your face will stay like that!

I’m sure you must of been told this little nugget of information by your parents when you were younger, most probably whilst you were on long car journeys with nothing else to do apart from bickering with you siblings or sticking your head out of the window and letting the wind do its magic.

Sadly this fella had never heard this dire warning and I think we all know what happens next. There he was pulling a funny grimace when the wind whipped up ominously and then changed direction. He was too far away for me to warn him of his impending fate and by the time I’d reached him his face had already stuck in that position. There was little else I could do at that point apart from pat him on the back and wish him the best of luck. 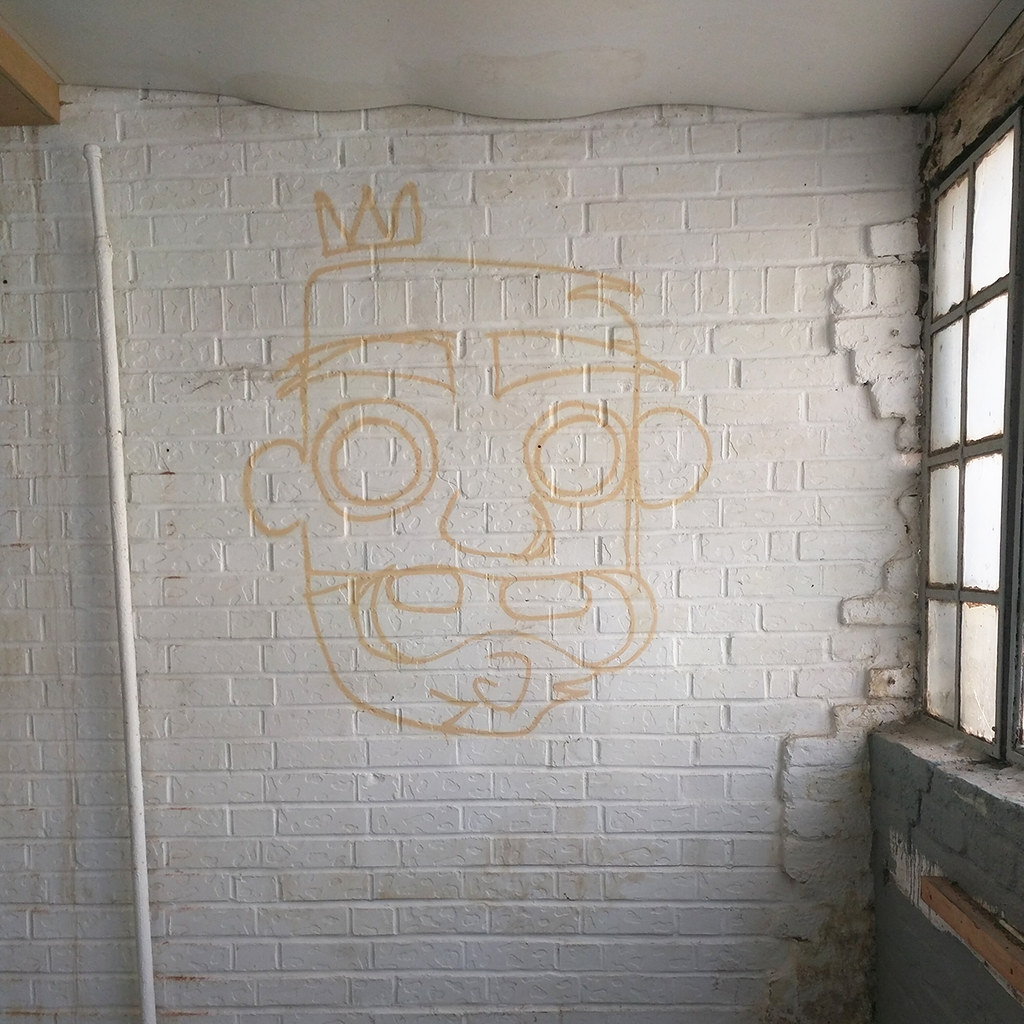 Comments Off on If the wind changes your face will stay like that! 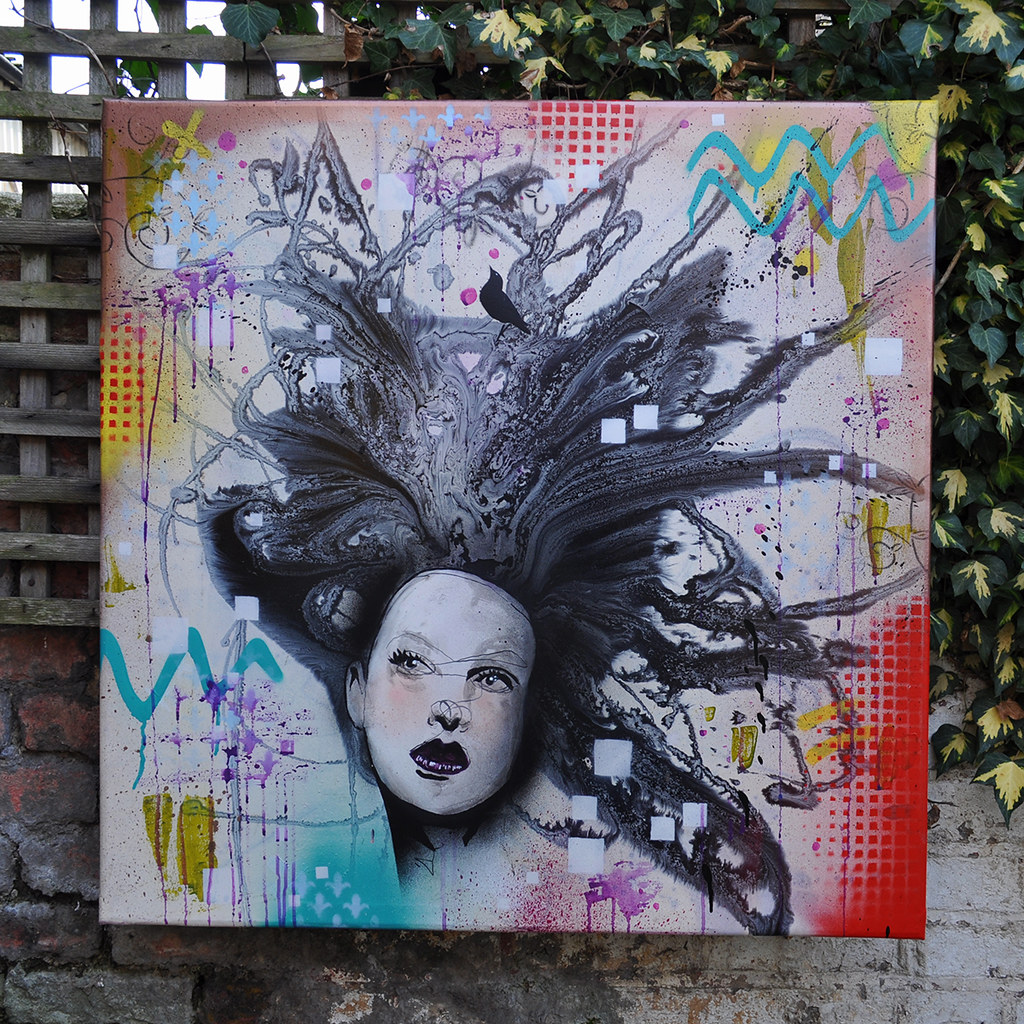 This piece is the very finest in id-iom upcycling. Or perhaps you’d call it an unsanctioned collaboration. Anyway, the canvas in questions which already had the black paint on was given to us by a friend who had grown a little tired of it and so passed it along to us to do whatever we felt like doing with it. It had been hiding away in id-iom HQ for a long time until the other day when the other half of id-iom screamed at the top of his voice ‘It’s a nice day and i want to throw some paint around’. He was right. It was a nice day but we had no suitable walls to paint so we decided to see if we had any canvas’s left around to work with. Et voila! This dusty old girl is plucked out of obscurity and thrust into the limelight.

So there we were outside lounging about in front of the canvas just sitting there when the muse quiely creeps up on us and, BLAM!, smacks us upside the head with some powerful motivation and this is when things really got started. Spray paint, brushes, stencils, diamanté applicator and ink are just some of the things that were pulled out and used on this lovely lass.

The title of the piece largely suggested itself once we’d managed to get it to a somewhat finished state. More importantly though it gives me a chance to segue into the 1987 power ballad by none other than Patrick Swayze as it’s a classic song and deserves to heard more.