Over the weekend here at id-iom we actually picked up our tools and set to work on a piece – and on a bank holiday to boot. I’m a little surprised we weren’t hungover and lying in our darkened rooms. That said, much of the previous couple of days were indeed spent enjoying a beverage or two. Anyway one half of id-iom is off on his summer holidays tomorrow so we thought it best to get this commission finished before he set off.

For this piece for a teenage girl’s bedroom we were asked to incorporate the peace sign and the words ‘Spread the peace’ and that was it. Now, that’s a brief i can work with. In fact there was one more bit of information we were given and that was that the piece had to use the same colours as the new bedding – which just so happened to be pretty much rainbow colours. As you probably know we like to use a bright colour or two so were more than happy to comply.

After sitting stroking our beards for a while we managed to get a design agreed and then decided upon a method we’d used before – but this time with plenty of added colour! Setting to work on a pristine and newly painted wall is always something of a worrying moment but we plunged ahead regardless. After a couple of hours of applying stencils to the outside we were just about happy then it was just time to colour in the middle and apply the final black level. A final bit of touching up and there you have it. Job done. And another satisfied customer… 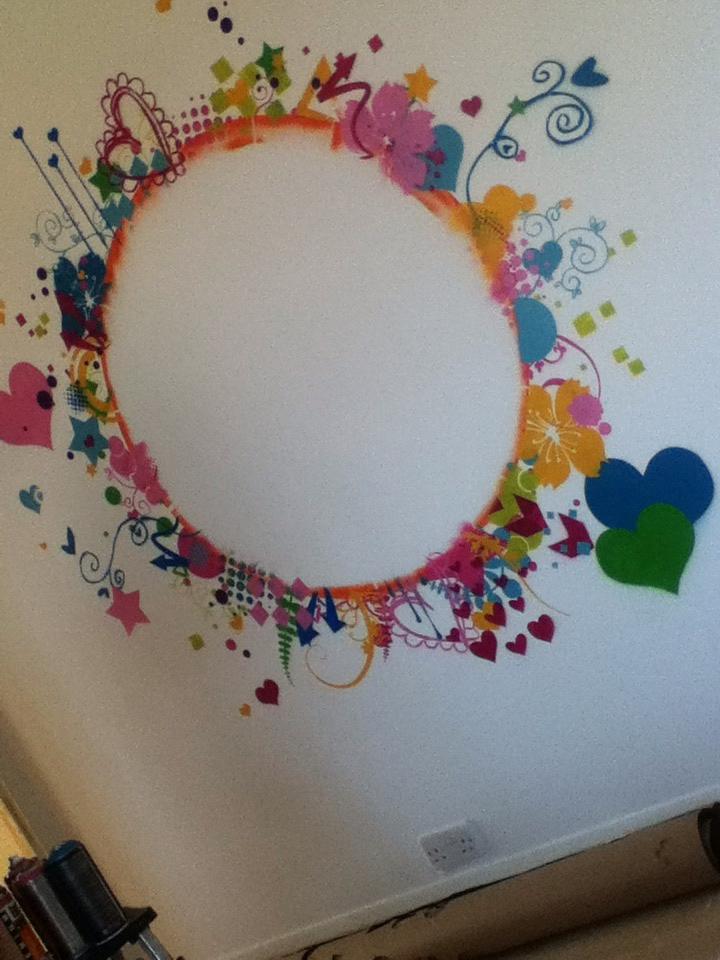 Comments Off on Spread the Peace